Car, Yacht or a matching set?

Car, Boat or a matching set?

When you’re super rich and love both cars and yachts, wouldnt it be great if you could pair a boat with your supercar?

Moving across to Maritime recruitment from Automotive was always going to be an easy and logical transition for me, having grown up on the water and with a long family history in maritime careers.

What has always fascinated me however is the close affinity I could make between some of the bespoke luxury automotive manufacturers and their close maritime counterparts.

Looking back over the history of the industry, I was fascinated to see the attempts of premium automotive marques to build bridges with bespoke maritime partners in working closely to design and build watercraft that could complement an existing model or a future concept idea.

Having a background in supporting Aston Martin with their automotive recruitment plans in the past, I was fortunate enough to also support them in sourcing experienced marine professionals for the build of the AM37 which was designed and build by an exciting collaboration between Aston Martin, Mulder Design and Quintessence Yachts.

With three of the AM37s built before the brands sad demise, the luxury powercraft was tech heavy and finished to the highest standards, with car-quality paint finishes, teak everywhere and a lot of nods to the DB and Vantages of the time.

Furthermore, given the Aston Martin brands British roots, the boats were built in Hampshire using a skilled British workforce, a big part of the USP when it came to selling these craft at their £1m+ price tag

With my interest further peaked by the opportunity to support such a project, I went further in search of collaborations between the road and the waves.  A few more that came to my attention are the Palmer Johnson Niniette 66, a collaboration between Palmer Johnson and Bugatti, to further entice Bugatti Veyron owners from Mph on the Road to Knots on the sea.

Using the sweeping lines and two tone styles you would expect from the Veyron and Chiron models, the Ninette was the height of luxury, although as with the AM37, failed to entice buyers with its very automotive looks and high price tag.

A uniquely styled craft, the 135 offers exceptional styling and an incredibly bright interior due to the extensive use of glass and expert interior design guidance

Porsche Design Studio further collaborated with another shipyard, Dynamiq Yachts with possibly the greatest success thus far of any car/yacht collaboration. The GTT115 again showed clear nods to the automaker and was received with great acclaim at its launch during Monaco Yacht Show in 2017 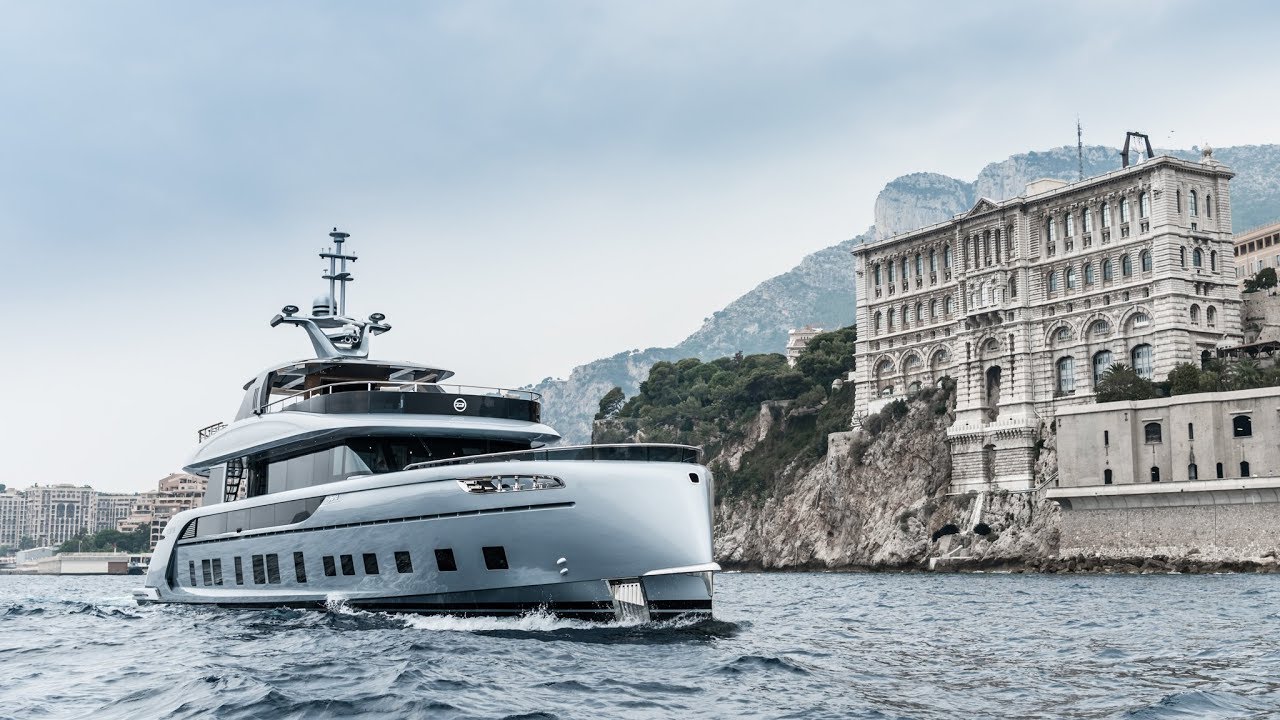 These are only a few of the projects I have looked into that give an idea of the range where Automotive has partnered with Maritime brands, however there are quite a few more over the years should we look deeper.

As both the Automotive and Maritime Industries move with the times and focus more on sustainability and green energy powertrain/propulsion systems, could we see further collaborations in the future, or the possibility of one day having a top marque brand running both Automotive and Maritime production lines side by side in one location?

Could we see a Tesla of the sea in the future or Koenigsegg step up to the line with their own project to rival Bugatti?

Are there any collaborations that you would like to see or perhaps raise awareness of off the back of this article?

I will keep digging and continue to promote these exciting collaborations and maybe, just maybe one day have my matching set in the driveway and dock.

Have You Joined The Superyacht Supper Club?

In October we were delighted to host our inaugural Superyacht Supper Club event with our sponsors MIMO Connect and Heirlooms. This was a great opportunity to meet with key influencers within the Superyacht industry. The event was a resounding success and we…

An often overlooked but highly important aspect of yachting is ‘How do we keep on attracting people into our industry’. More to the point, how early do we start sowing the seeds with young people that a career in yachting…

Monaco Yacht Show Report by Ed Ewer, CEO Monaco….One of the most elite places on the planet and one the smallest principalities in the world. Home to the rich and famous…… and the annual Monaco Yacht Show.  For anyone working…